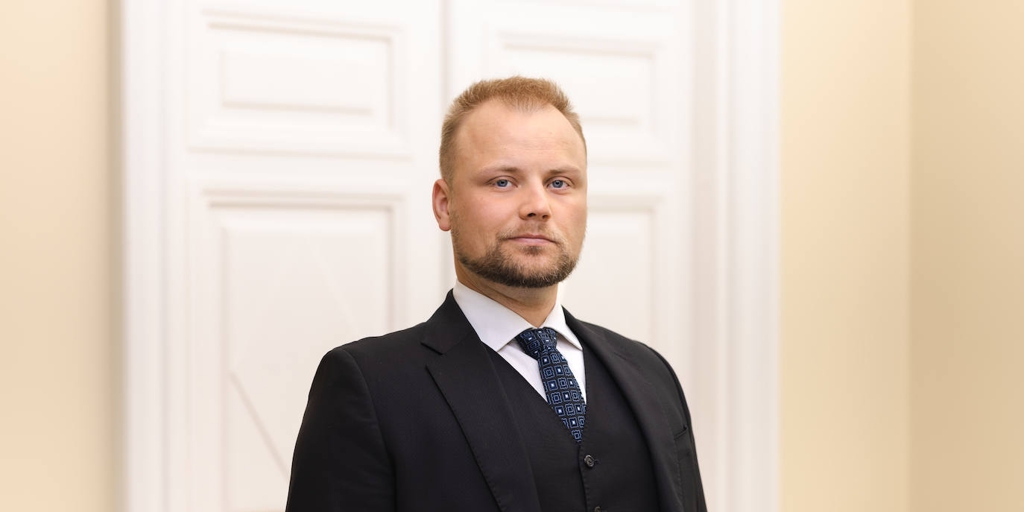 The Estonian government has been and remains one of the strongest supporters of Ukraine in Europe in its war with Russia. Tallinn allocated 37% of its annual arms budget to Kyiv last year.

This support did not come free of charge to the Baltic Republic. In August this year, Tallinn suffered the “largest cyberattack since 2007” with access to more than 200 state and private institutions blocked. The pro-Russian hacker group Killnet claimed responsibility for this.

For Estonia, a country that has digitized almost all of its services, an attack with these characteristics means an attack on the heart of its state, which is why it has become candy for hackers. This former Soviet republic, which declared its independence in 1991, months before the collapse of the Soviet Union, ranks third in the global cybersecurity index, after the United States, the United Kingdom and Saudi Arabia (with which it shares third place).

Christian Järva (Tallinn, 1990), Minister of Entrepreneurship and Information Technology in the Estonian government, spoke to ABC about the war, the consequences of cyberattacks and the measures taken by this former republic.

– Why is Estonia’s commitment to digitizing all its services?

Since our independence in 1991, Estonia has pursued e-governance as a strategy to improve the country’s competitiveness and increase the welfare of the population. We rely on the secure exchange of data. We were a young country but without resources, and digitization was the only option we had.

With our past, we could not offer traditional bureaucratic structures due to lack of money and manpower. We’re starting to spend a lot of money, especially in the late 90’s and early 2000’s, which is the right time to launch the first online services.

Estonia has been a victim of cyberattacks in recent years, and this year also in the middle of Russia’s invasion of Ukraine.

– The Russian military action in Ukraine has exacerbated the situation of cybersecurity in our region.

We have seen a rapid increase in the intensity of cyberattacks against Estonia, but Estonia was not the only target. Similar attacks occurred across Europe.

As a fully digital nation, we understand that the threat of cyberattacks will always be a part of society. A risk that must be taken seriously. Being a digital society means exposure to cyber threats.

The important thing is to be aware of the risks and mitigate them. You can never be 100% secure from cyberattacks, but you can minimize their impact on the Services.

How can it be reduced? Last August, the country suffered its last major cyberattack, with more than 200 institutions banned.

The public picture of cyber security has deteriorated dramatically in recent years with the increase in the frequency and impact of cyber attacks. However, Estonia has been doing well thanks to additional investments in cybersecurity. Cyber ​​security should not be limited to talk, but should be accompanied by real activities such as investment, raising the basic level of cyber hygiene and preparing for potential incidents.

The dependence of the Estonian digital society on communication and information systems and electronic services is high, so we need to pay more attention to cyber security. Security in technology isn’t just about updating software, it’s about training people to use computers.

“We built LNG terminals so that we are not dependent on Russian natural gas.”

– Since the beginning of the war, last February, Estonia has been one of the main allies of Ukraine.

We cannot abandon our Ukrainian friends and we support them in everything we can. A few months ago we signed a memorandum of cooperation that includes the cooperation of governments in digital matters and, above all, the continued support of the Ukrainian administration against possible cyberattacks.

This cyber dependence also has its risks in the energy supply. Europe is suffering from an energy crisis, and your country depends on Russian gas, so how do you deal with it?