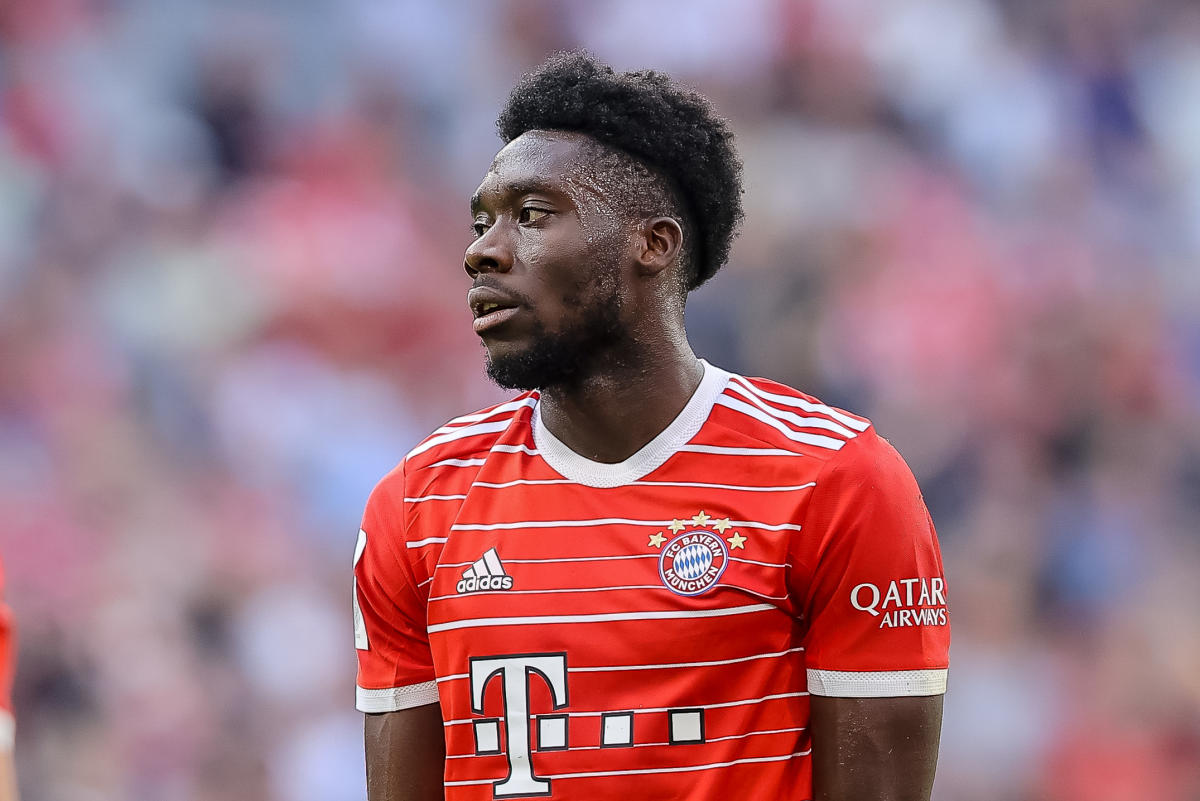 Alphonso Davies reached for his hamstring, and grimaced as he limped out of Bayern Munich’s Saturday game against Hertha Berlin. He grimaced in physical pain, and perhaps immediate-term frustration. But looming over his injury, and others this fall, is something bigger: the World Cup, which begins in two weeks — and which, Davies and Canada feared, might begin without him.

On Sunday, the diagnosis brought relief: Davies will miss two Bayern games, but “the Canada international’s participation in the World Cup in Qatar is not at risk,” his club said. For others, though, news has been more grave. N’Golo Kante and Paul Pogba will miss the tournament. Over the past few days, Ben Chilwell and Timo Werner have been ruled out, and Son Heung-Min has been deemed doubtful.

They, and a handful of others, have been done in by this World Cup’s unprecedented timing. Forced out of its traditional summer window by Qatar’s menacing heat, it will begin just one week after European club seasons pause, rather than a month after they end.

Its looming presence on calendars, coupled with the ever-present possibility of injury, has lingered in players’ minds. “Obviously you try and do everything you can to prevent an injury,” U.S. midfielder Weston McKennie said in September. “But I don’t think anybody here is gonna play less aggressive, or play safe whenever we’re at our club teams.” They have no choice but to go full-bore, often twice a week as the tournament approaches.

And naturally, some have suffered — including McKennie, who injured his quad on Oct. 29, and faces a race against time to be fit for the Americans’ Nov. 21 opener.

Below is an incomplete list of the most notable players who’ve been ruled out or doubtful for the 2022 World Cup. It will be updated as the roster deadline (Nov. 14) and kickoff (Nov. 20) approach.

Players who’ll miss World Cup due to injury
N’Golo Kante, France — The superhuman midfielder strained his hamstring in August, then aggravated the injury after returning to training in October. He underwent surgery, and will be out for 3-4 months.

Paul Pogba, France — France’s midfield maestro sustained a meniscus injury in July. He initially opted against surgery, but later, in consultation with doctors, realized he needed it. As of mid-October, he appeared on track to recuperate just in time for Qatar, but his rehab was reportedly interrupted by a muscle injury. With doubts swirling, his agent ended any remaining hopes of a miraculous return.

Timo Werner, Germany — Werner was, potentially, Germany’s starting striker. But he injured his ankle playing in the Champions League for RB Leipzig, and the club says he’ll miss the remainder of the year.

Georginio Wijnaldum, Netherlands — Wijnaldum fractured his tibia in August, leaving a hole in the Dutch midfield.

Diogo Jota, Portugal — Liverpool manager Jurgen Klopp confirmed on Oct. 18 that Jota, who might’ve started for Portugal in Qatar, will miss the World Cup after sustaining a calf injury in stoppage time against Man City.

Boubacar Kamara, France — Karmara would’ve been a potential Kante replacement for France. But a knee ligament injury has ruled him out of the World Cup.

Miles Robinson, United States — Robinson had established himself as a starting center back for the U.S. Then he tore his Achilles tendon in May.

Sam Vines, United States — Vines was a fringe roster candidate at best. Now he isn’t. He announced on Saturday that he’d broken his tibia and will be out for 3-4 months.

Injured players who are doubtful for the World Cup
Son Heung-min, South Korea — Tottenham has confirmed the South Korean forward suffered a fracture around his left eye during Tuesday’s win over Marseille. He underwent surgery a few days later. There is no timetable for his return.

Romelu Lukaku, Belgium — Lukaku worked his way back from a hamstring injury, only to suffer another hamstring injury shortly after his return. He hasn’t started a game since August.

Raphaël Varane, France — The diagnosis was a thigh muscle injury that will sideline Varane for 3-4 weeks. And it will leave French coach Didier Deschamps with a very difficult choice. If fit, Varane might start at center back. But that is now a big “if.”

Reece James, England — James, who likely would’ve started at right back for England, hurt his knee playing for Chelsea in October and will miss roughly two months. His club coach, Graham Potter, did not definitively rule him out for the World Cup, but James almost surely won’t be in Qatar.

Kyle Walker, England — Walker, another one of England’s many right backs, had groin surgery in early October. He hopes to be fit by late November, but is in a race against time.

Kalvin Phillips, England — Phillips started for England at last summer’s Euros, but has battled multiple injuries ever since. He opted for shoulder surgery earlier this fall, and hasn’t played since for Manchester City. The club has expressed optimism that he’ll return soon, but he remains questionable with a couple weeks to go.

Raul Jimenez, Mexico — Jimenez has had a hellish few years of injuries. He, like Corona, is on the 31-man provisional roster, but looks increasingly doubtful for Qatar.

Sardar Azmoun, Iran — Bayer Leverkusen said that Azmoun, one of Iran’s star strikers, “is expected to be out of action for six to eight weeks” after tearing a calf muscle on Oct. 4. He’s been rehabbing in Dubai. His World Cup status is uncertain.

Ronald Araujo, Uruguay — The Barcelona defender is considered doubtful after tearing a thigh muscle while playing for Uruguay on Sept. 23. He underwent surgery in Finland the following week. He’s expected to be out until the new year, but neither club nor country has given a concrete timeline.

Pepe, Portugal — The 39-year-old center back was, despite his age, still a probable starter for Portugal. But he’s been out with a sprained knee, and a recovery in time for Qatar is looking increasingly unlikely.