WADESZIGONE NEWS ONE PAGE
HomeNEWSUkrainian flags are already flying in Kherson after its troops entered the...
NEWS 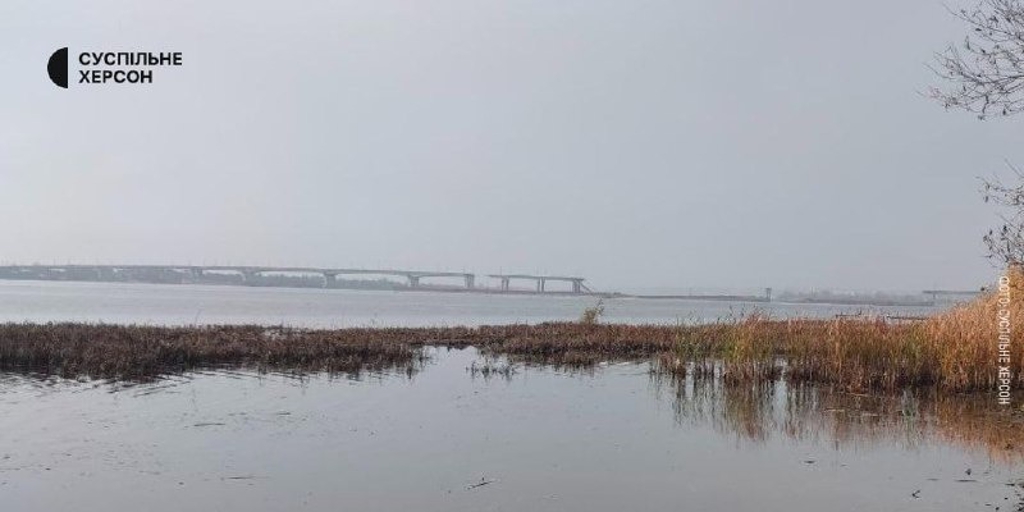 The Russian Defense Ministry reported in its morning paper that at five o’clock this morning (Moscow time), the withdrawal of Russian troops to the left bank of the Dnieper was completed. The withdrawal of Russian forces from right margin, That is, the surrender of the city of Kherson, the only regional administrative center captured since the beginning of the invasion of Ukraine, was announced last Wednesday by the Minister of Defense of Russia, Sergei Shoigu.

“During the transportation to the left bank of the Dnieper, not a single piece of military equipment and weapons remained on the right bank, and the whole Russian army crossed to the other side, and there were no casualties in personnel, material or weapon losses,” assures the Russian military department. Similarly, the memo asserts that “during the night, the Ukrainian army attempted to impede the evacuation of civilians and the transfer of Russian forces to the left bank of the Dnieper River.”

Passages across the river (bridges and rafts), according to the Russian Ministry, “were attack Five times using HIMARS multiple rocket launchers, 28 shells were shot down by air defense systems and another five were diverted from their targets using electronic warfare equipment.”

According to the Ministry of Defense of Ukraine, the Ukrainian forces have already entered the city of Kherson via Facebook.

The fact is that, according to the images shown by Russian television today, the Antonovsky bridge connecting the city of Kherson with the left bank of the Dnieper, was destroyed in two parts, leaving the infrastructure unusable. The Russians blame the attack on the Ukrainians, who would thus attempt to confine and encircle Moscow’s forces to prevent their withdrawal, extermination or capture, while Kyiv considers that with the bridge destroyed, an action it attributes to the Russian army trying to prevent Ukrainian forces from continuing their advance and threatening Crimea.

The banner of those who do not want to be evacuated

The Russian defense statement also confirmed that “in recent days, Ukrainian forces have advanced in certain directions in the Kherson region, but not more than 10 kilometers.” But the Commander-in-Chief of the Ukrainian Armed Forces, Valery Zalogny, said Thursday that after Russia announced the withdrawal from the northern part of the Kherson region and the city of the same name, his units were able to recover. It controls a dozen towns in the area and penetrates about 36 km.

Today, the General Staff of the Ukrainian Forces reported that Release Dozens of villages in the vicinity of Kherson. Meanwhile, photos and videos spread on social networks showed a large number of buildings in the city center, with Ukrainian flags again placed on their facades, placed by residents who refused to evacuate them as desired by the pro-Russian authorities.

Kherson residents are waiting victorious entrance of the Ukrainian troops in the city, although, according to Ukrainian media, they are already doing this, albeit in a cautious and half-camouflaged manner. There are already photos of Ukrainian soldiers in one of the Kherson neighborhoods.