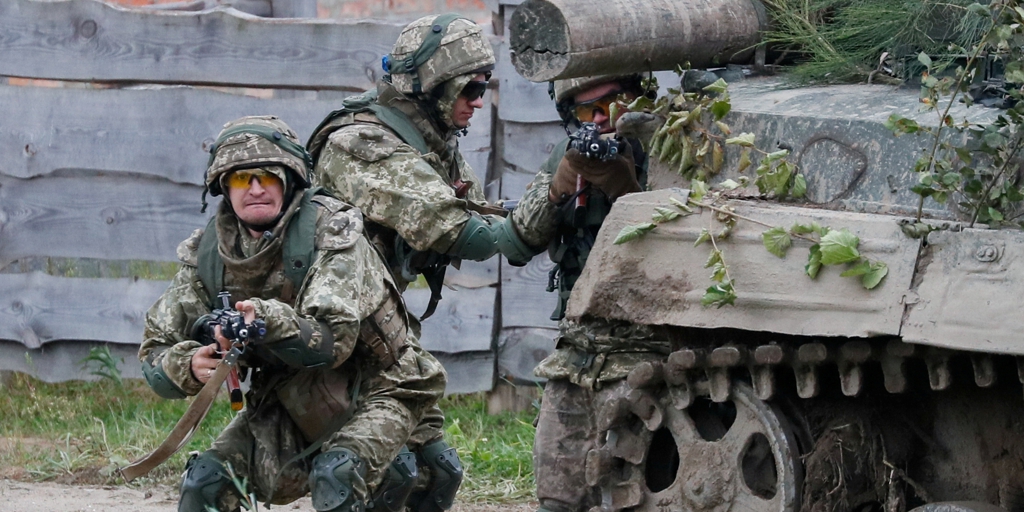 257 days have passed since the start of the Russian invasion of Ukraine. Putin has resumed the export of Ukrainian grain and continues to practice the so-called “energy terrorism” to punish the population in the harsh winter, in fact 4.5 million citizens lack electricity. While the United Nations has shown that Kyiv does not have dirty bombs, Zelensky does not trust the Russian withdrawal from Kherson, the first city to fall into Russian hands, and believes it is a trap.

Fighting continues in Kagovka, as the Ukrainian counter-offensive advances

Fighting between Ukrainian and Russian forces continues around the Ukrainian city of Kazhovka (Kherson region), where the center of the Ukrainian forces’ advance is located in the southeast of the country.

More than 1,500 graves have been excavated since June in Mariupol, according to satellite images analyzed by the BBC.

More than 1,500 graves have been dug since June in an area of ​​the southern Ukrainian city of Mariupol held by Russian forces, according to satellite images analyzed by the BBC.

According to these reports, the photos show three burial sites in Stari Kerim, Manush and Vinohradny, which, according to official sources and Ukrainian witnesses, contain thousands of bodies. The images allow us to conclude that 1,500 graves have been excavated since June, bringing the total to more than 4,600 since the start of the war.

Eyewitnesses, reported by the British television network, confirmed that they had seen, over the past months, representatives of the Russian authorities in the city – now annexed to Russia – removing the bodies from under the rubble of destroyed buildings.

China’s exports to Russia grew faster in October despite the Russo-Ukrainian war, which dampened demand in other major economies and risks a global recession, while import growth from Russia slowed, and import growth from Russia slowed, compared to the previous month. Shipments of Chinese goods to Russia rose 34.6% from the previous year in dollar terms, accelerating from a 21.2% increase in September, marking the fourth consecutive double-digit monthly growth, according to Reuters estimates.

On Monday, the Kremlin declined to comment on a Wall Street Journal report that Washington had held talks with top Russian officials to prevent further escalation of the Ukraine war.
Kremlin spokesman Dmitry Peskov told reporters that while Russia remains “open” to talks, it cannot negotiate with Kyiv due to its refusal to hold talks with Russia. The Wall Street Journal reported this Sunday that US National Security Adviser Jake Sullivan has held talks with top Russian leaders in hopes of reducing the risk of war spreading to Ukraine or becoming a nuclear conflict.

Ukraine prepares for blackouts and more Russian attacks on energy infrastructure. Ukrainian President Volodymyr Zelensky said that Russia is “concentrating its forces and means for a possible wave of massive attacks on our infrastructure, especially energy.” Ukraine has a 32% deficit in energy supply,

Ukraine’s state company Ukrenergo on Monday announced a power outage in seven regions of the country, including the capital, for the third day in a row, all due to Russia’s destruction of energy infrastructure with missiles and drones.

The power outages will affect the Kyiv region, the capital of Kyiv, Chernigov, Cherkasy, Itomyr, Sumy, Kharkov and Poltava, according to Okrnigo’s statement posted on its Telegram channel.

“The country’s electricity grid is still unable to resume at full capacity after the Russian terrorist attacks. In some areas, we have to introduce blackouts to avoid overloading the high-voltage infrastructure,” the company explained in its letter.

Ukrainian President Volodymyr Zelensky accused Iran on Sunday of prolonging the war in Ukraine by supplying arms to Russia, stressing that without that “help” it would have been closer to peace.

“Were it not for providing the aggressor with Iranian weapons, we would now be closer to peace. This means closer to a complete solution to the food crisis,” the Ukrainian president said in his daily speech: “closer to solving the cost of living crisis.”

Zelensky’s comments come after Iran admitted on Saturday that it had delivered drones to Russia, although he made it clear that this was before the start of the Russian invasion of Ukraine.

The Ukrainian city of Kherson, under the control of Russia, was deprived of water and electricity, Sunday, after bombing attributed to the Ukrainian forces, which are launching a counterattack in the south of the country.

The Russian occupation authorities said in Telegram that “a terrorist attack organized by the Ukrainian side destroyed three concrete pillars of high pressure lines on the Pereslav-Kazovka axis.” “Currently, there is no water or electricity in the city or in some neighborhoods of the region,” they added.