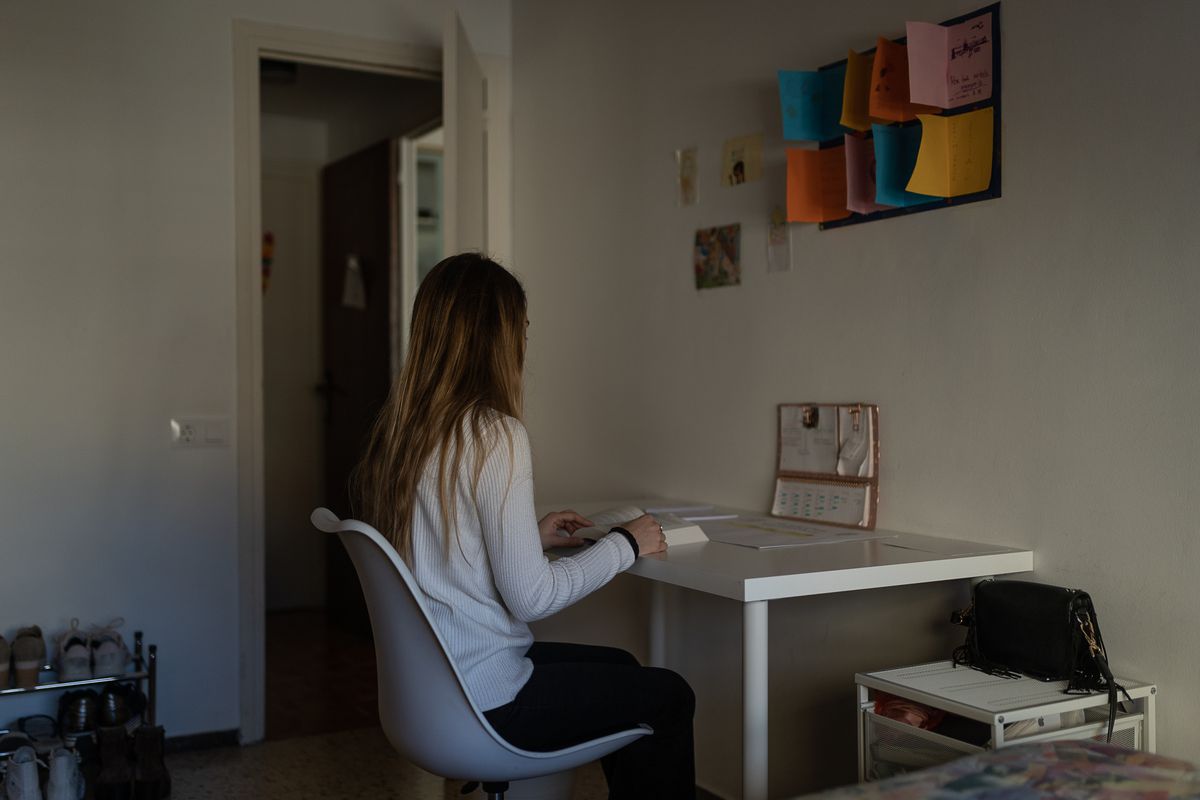 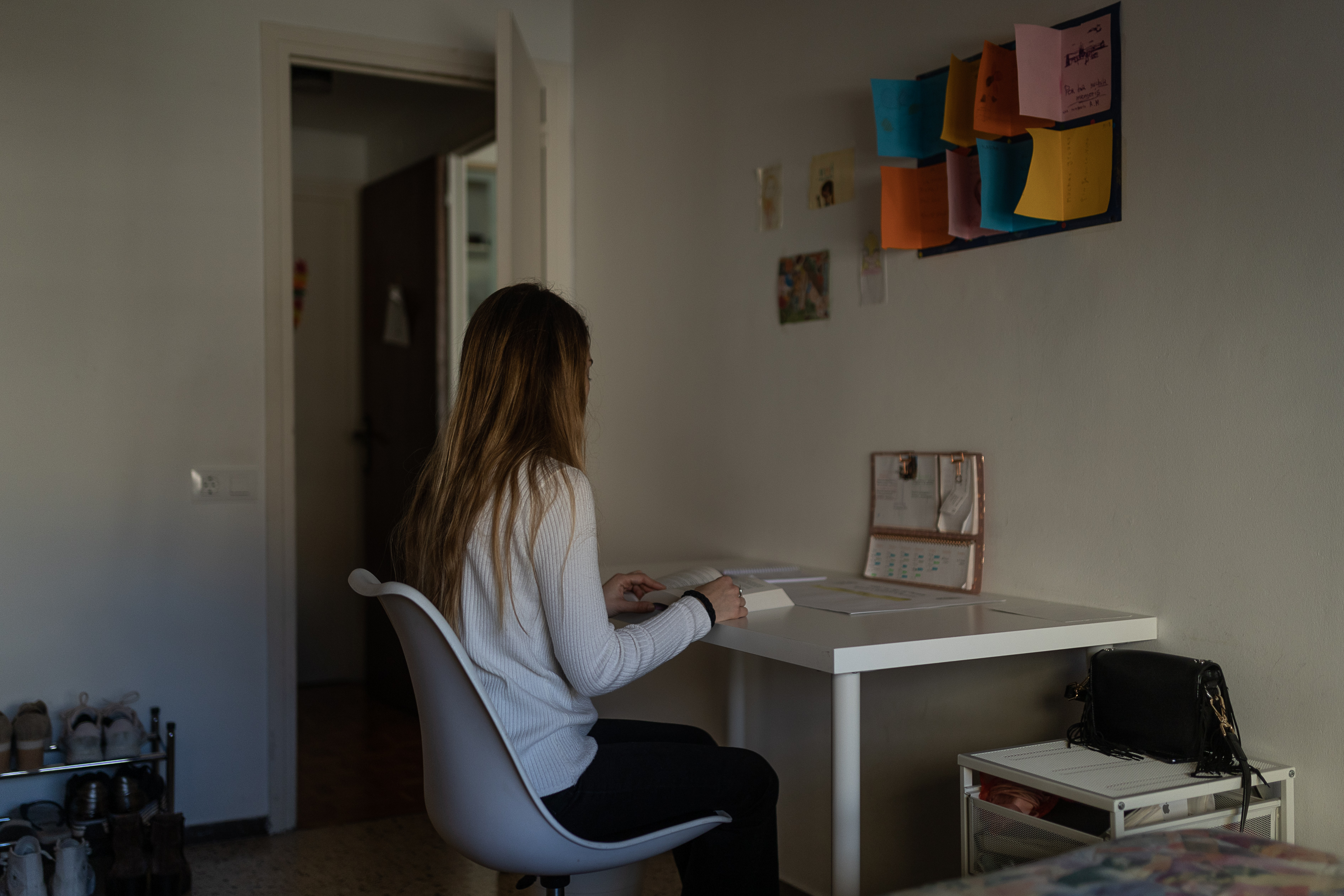 Nuria García was 11 years old when she was first admitted to the hospital, the one in Lleida, to combat anorexia. It was the beginning of a five-year trajectory in which he had to deal with a series of setbacks that were promoted, in large part, by the content he saw on social networks. He defines them as a display of perfect bodies: “To achieve this, you lose all your happiness and all your life,” he concludes. It is not your perception. Isabel Martinez, psychologist with the Anorexia Nervosa and Bulimia Advocacy Association (Adaner), explains that these tools, which greatly facilitate communication, can be a “starter point” for eating disorders (TCA), if not used properly.

Talking about body weight, diets and foods that cause obesity or not, says the psychologist, is very common outside of social networks. But if this kind of speech is also constantly present and people—especially teens—can find it “from the time they wake up until they go to bed,” then it’s inevitable that the person with an eating disorder will spend all day thinking about it, he maintains.

A study published last November in the journal Plus one They analyzed TikTok content in the US regarding food, nutrition, and weight. 44% of the videos examined showed weight loss content and 20% clearly showed a person’s body transformation. The hashtag #WeightLoss alone had over 10 billion views when the study collected the data.

To get those perfect bodies, you lose all your happiness and all your life.”

Teenagers are most at risk when they consume this type of post. Sarah Bogalans, director of the ACAB, explains that they don’t have the ability of an adult to protect themselves from this information: “They’re not really critical and this content has more of an impact on their self-esteem.” Nuria García, now 22, recognizes herself in this statement. She says she wasn’t able to notice that what she saw on the networks “often isn’t real, that it’s been refined, that these bodies aren’t healthy, they’re pathological.”

This type of content is not only dangerous but displays unrealistic physical perfection. Many posts offer nutritional advice, lifestyle advice, and even tips for conquering hunger and losing weight, such as chewing gum or drinking lemon water. Furthermore, according to a TikTok study, only 1.4% of the videos used in the research were made by registered dietitians.

These behaviors can lead to an eating disorder, because those who suffer from them don’t relate well to food, says Azahara Nieto, a registered dietitian who specializes in these disorders. “[Estas conductas] It is prohibition based; These people usually go hungry, end up with a lot of anxiety and can end up with binge eating disorder,” he adds.

A review of international studies on the impact of social networks on anorexia and bulimia in adolescents, conducted using data from nine international investigations and more than 2,000 young adults, found that eating disorders are the third cause of illness in adolescents after obesity and asthma. . “Because of social comparison, persistent and persistent use of social networks can negatively affect people with difficulties in accepting self and belonging to a group, increasing the risk of depression and low self-esteem,” explains the study published last year. . August in Annals of the health system of Navarre

Nuria Garcia explains that she followed on social networks influencers, the famous people who dealt with these issues hurt him the most. Bujalance identifies these behaviors as a pattern that even amounts to “torture” for people with eating disorders. So it was for García, who, he explains, thought: “Look how pretty she is and I can’t do that, even if I don’t eat.” Instagram has always been present in her life, even if she does not use it. “If I go out with my friends and they talk about a cool girl, it really makes me obsessed,” she says.

The young woman found peace during admission because she did not have access to a mobile phone or networks: “You don’t have that pressure, and since everyone is in a similar situation to yours, it’s much easier to overcome,” she explains. . However, when she left the hospital, it all started again, and although she suggested not using the nets, social pressure pushed her back. “You already have enough low self-esteem that you become a later rarethe only person who doesn’t see these accounts,” she comments.

91% of young people between the ages of 8 and 17 use social networks on a regular basis, according to a report published last February by Karat Media Agency. They use them for an average of three hours during the week and five hours on weekends, and although you have to be at least 13 to access these networks – according to their regulations – the average age for access is 12, the study says. .

Martinez, Bugalans, and Nieto agree that they are seeing an increase in younger patients, especially women. Of every 10 cases of eating disorders, nine involve girls. Before the covid pandemic, the average age of people attending was around 20, says the psychologist at Adaner. “We’ve now increased the number of families contacting us for girls ages 11 to 13,” she says. For an ACAB director, the two main reasons are early puberty and early access to networks.

At ACAB they handled 2,000 cases before incarceration; Now there are nearly 5,000 currently, says its manager. Epidemiological data showed that before the epidemic, 5% of females had an eating disorder. “Now it is estimated that this percentage has increased to 8 or 10%,” says Bogalans, who also notes that these disorders are becoming more virulent and developing and worsening faster than before.

Education is the only solution

All three experts agree that the only tool to combat this problem is education. Martinez explains that the most important thing is to teach kids to be critical of what they see so they don’t believe it for what it is and to know how to recognize manipulated content or enhanced filtering. For Nieto, the only way to protect them is to “alert them so they don’t follow these types of accounts.”

Núria García was able to break the cycle in which she found herself after her last accession, which was in one of the Ita Group centers in Barcelona, ​​and lasted for a year. It was when they addressed the emotional part of their disorder the most, it was a key thing to be able to leave it behind. In addition, he did not have access to a mobile phone and therefore did not have access to social networks, he says. When she was able to go home and have it on hand, she realized that all this kind of content was no longer a part of her life and she didn’t want it to be.

In parallel with her therapy process, she was aware that this consumption was not healthy for her: “Little by little I stopped following these types of accounts and became more critical of the content I saw.” Now he does not use this media for more than half an hour a day, and in addition to his friends, he follows accounts that talk about psychology – a profession he just finished – and others that mock nutritional advice that he was once obsessed with, or that claim to be healthy for all skin types without the need for judgment. on her. “They helped me because they broke the stereotype of the perfect body on the internet and the messages make me think,” he says.