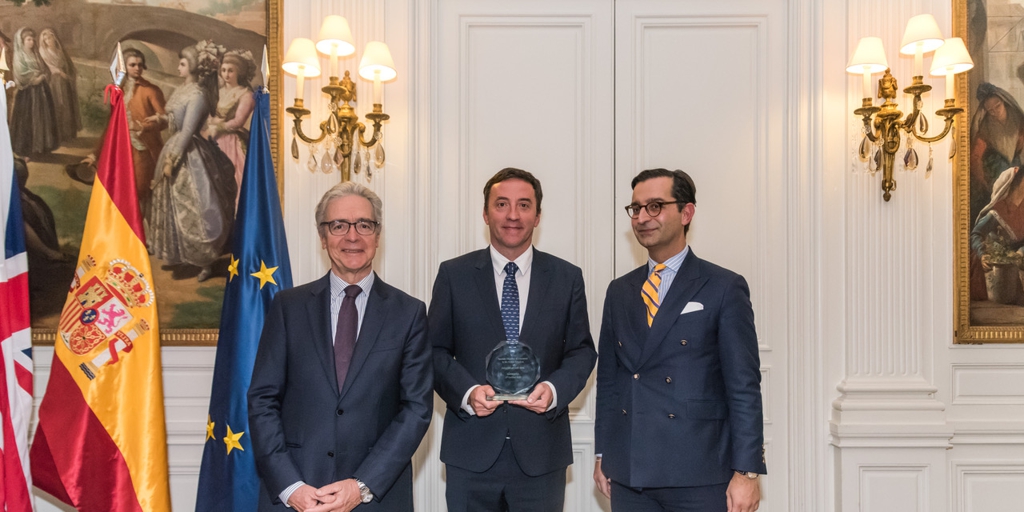 This feature is for subscribers only

At a reception at the Embassy in London, the Spanish Chamber of Commerce in the UK presented the 2022 award to Navantia, a company that “represents two core values ​​that are reshaping our current world: security and green energy”. This was expressed by the President of the Chamber, Eduardo Parachina, who emphasized that “we cannot live without security, and more than ever we need companies that provide us with green energy.” “The UK market remains a priority for many Spanish investors and Navantia is an eloquent example,” Parachina noted, working in areas such as building offshore wind farms or in the defense market. In this field, it is emerging as a world leader in the design and construction of the latest warships and advanced defense systems, while through its Navantia Seanergies brand, it supports the development of green energies. Navantia belongs to Grupo SEPI, a holding company of 15 public companies in which it holds a direct majority stake.

The annual Gold Award, the name of the award in English, was received by the company’s president, Ricardo Dominguez Garcia-Baquero, who after thanking and expressing the honor that this honor represented to the company confirmed that “Navantia has historically cooperated with many UK companies”, which is one of the Its ‘strategic’ markets and ‘Going forward, Navantia UK’s activities will continue to be based on partnerships with industries across the UK, both locally and nationally’.

The award, given at a major event organized by the Spanish Chamber of Commerce in the UK, recognizes the performance of a Spanish company whose achievements in the British market have been remarkable or very significant. The host of the event, the Spanish Ambassador to the United Kingdom, José Pascual Marco Martinez, in the speech leading up to the awards ceremony, praised the wonderful work done by the company and wished it to continue to reap “many successes”.

This feature is for subscribers only