WADESZIGONE NEWS ONE PAGE
HomeNEWSTense handshake between Maduro and Macron at COP 27: "When are you...
NEWS

Tense handshake between Maduro and Macron at COP 27: “When are you visiting us?” 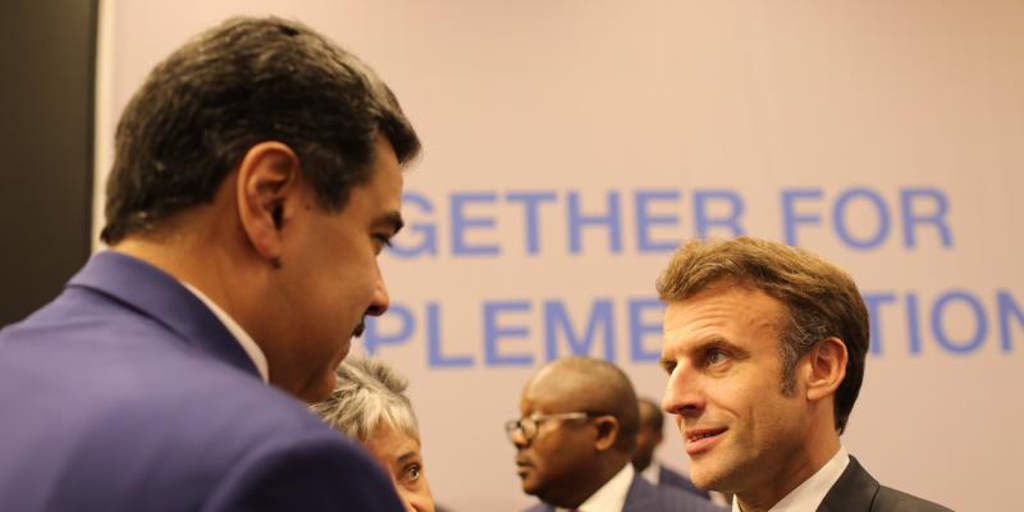 French Presidents Emmanuel MacronFrom Venezuela, Nicolas maturehas maintained on Monday a tense meeting at COP27. They both greeted each other in a cheerful tone, but as soon as the conversation started, the Frenchman began to lower his tone of voice.

After a few first words, Maduro asked Macron a question that changes the character of the meeting: “When are you visiting us?” Looking at this, the French president approached the translator and Maduro and began to speak very calmly.

Maduro insists and points out to Macron that they have “Good mutual friends” To which the French president responds, “The continent is reuniting itself and there is a road we must build.” In this sense, the Venezuelan replies that “France has to play a positive role there” and Macron tells him that they are “working on it” and asks Maduro to “start a bilateral action that is beneficial to the country and the region.”

“To the system. There, for the sake of the conference, the envoy Jorge Rodriguez (President of the National Assembly of Venezuela) goes, and you can talk to him with absolute confidence,” Maduro says.

Immediately after that, the French president informed him of the meeting he would hold in Paris with the presidents of Argentina and Colombia. “Perfect. This will work out very well,” replies Maduro, who read about the appointment in the press. The conversation ends with a promise from Macron: “Mr. President, I will call you as soon as this happens.” “Are you sure?” Maduro concludes.

France is among more than 50 countries that did not recognize Maduro’s re-election in 2018, which the opposition described as “rigged”, and gave their support to the opposition Juan Guaido as the country’s president, according to AFP.

Guaido’s support has waned since then, especially in Europe. In fact, the channels of dialogue between France and Venezuela, to which Maduro belongs, have remained open, in the midst of the “balancing of power” policy that Macron wants to promote.