WADESZIGONE NEWS ONE PAGE
HomeBUSINESSSpain and Portugal will have the most expensive electricity in Europe on...
BUSINESS 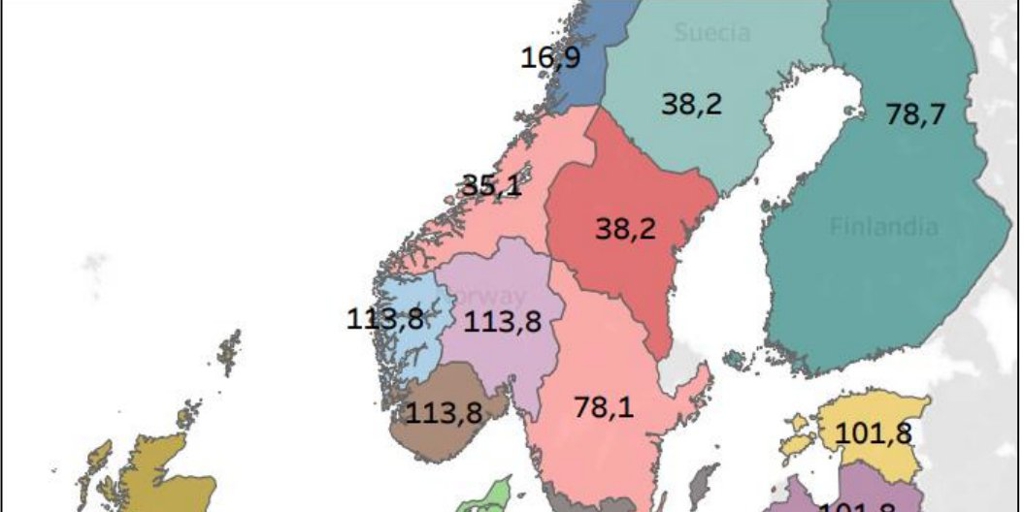 Spain and Portugal will have the most expensive electricity prices in all of Europe on Sunday, according to the British newspaper The Guardian Data presented today by OMIEElectricity market operator. In the case of Portugal, the price will be 136 euros per megawatt-hour, while in Spain it will be 40 cents less (135.6 euros).

In addition, the maximum price will be reached in our country of 225.35 euros per MWh and a minimum of 98.50 euros.

The reason for this rise is above all lack of wind Wind generation has declined, which is one of the cheapest. For this reason, gas combined cycle plants, which are more expensive, must operate for longer hours.

The average price on Sunday is Highest since last day 17 from this month. It is 16-20% more expensive than France, Italy, Germany and other Central European countries would score.

If there is no price on Monday, the October average price 161.34 euros per megawatt hour. It’s the lowest number since September 2021.

To be noticed It is precisely Spain and Portugal that have the most expensive prices, as they have the so-called “Iberian exception”, a mechanism that limits the cost of gas used to generate electricity to 40 euros per megawatt-hour.

However, this system has been practically disrupted in the past 12 days with the drop in natural gas prices, which have been below 40 euros for several days.

Share
Facebook
Twitter
Pinterest
WhatsApp
Previous articleEuropa League: Ludogorets – Betis: schedule and where to watch the Europa League match on TV today
Next article“People fell piled on top of each other as in a tomb.”