Six investigations in the fifteen months as president of Peru 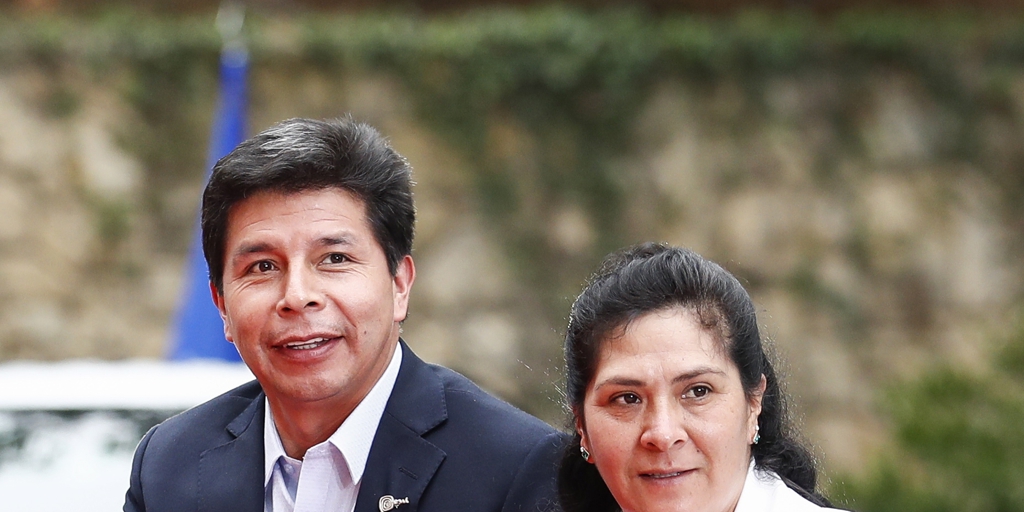 Fifteen months after coming to power, in July 2021, Pedro Castillo is credited as the head of six preliminary investigations opened by the Attorney General’s Office, which accuse him of handing over business and facilitating public appointments in exchange for concessions and where his advisors, his wife Lilia Paredes, his nephews Fray Vázquez Castillo and Gian Marco are involved. Castillo Gomez, and his sister-in-law, Yénifer Paredes, have been imprisoned since the end of last August.

The attorney general’s office is also investigating Castillo and a group of relatives and friends over “presidential campaign financing” in exchange for the handover of public works; appoint officials who make the handover of public works possible, as former ministers Juan Silva, now a fugitive, and Jainer Alvarado have done; And also for the arrest of a group of congressmen known as “the Children”, who voted against the two failed petitions to impeach the president. He is also being investigated for obstructing the prosecution’s investigation by destroying evidence, intimidating witnesses and withholding information.

According to the complaint against Castillo, all actions were directed by the president himself, for example, Emergency Decree 102-2021 of October 29, 2021, which allocated millions of euros for a series of public works of the Ministry. of housing, of which twenty were handed over to their alleged financiers, known as the “Political Office of the President”. According to a statement by the former Deputy Minister of Housing, Elizabeth Ananios, she was pressured by Minister Gainer Alvarado to include a package of 20 public works projects, worth up to 30 million euros, for companies and mayors close to Castillo.

The lawyer who will defend Castillo before Congress, Jose Miguel Palominohe told the press that “Article 117 of the Peruvian Constitution is being violated before the eyes of the world. With 40 years as a lawyer, to me, this is a criminal complaint, not a constitutional complaint. It looks like a police report.”

“If you read the 376 pages of the document, you will not find evidence, you must first try and then judge. It’s the world upside down. The Attorney General’s office must be made to understand that Article 117 of the Constitution must be adhered to. I hope Congress will live up to the task entrusted to it by Attorney General Patricia Benavides.”