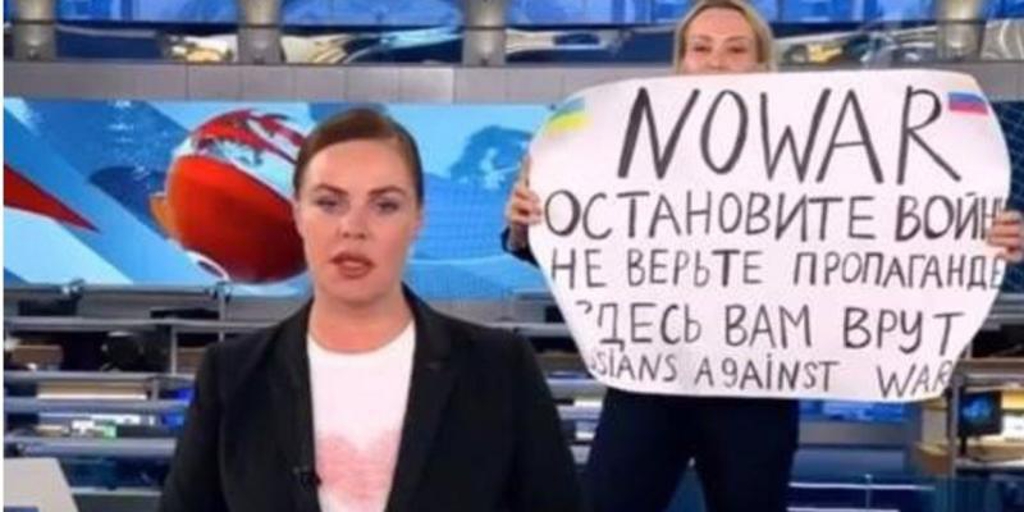 Russian journalist Marina Ovsianikovawho was arrested after protesting the invasion of Ukraine during a news broadcast on a Russian public network, has fled Russia, according to her lawyer.

Marina Ovsyannikova was seen forced to leave Russia “He is now safely under the protection of one of the European countries,” his lawyer, Dmitry Zagvatov, said, without giving further details, according to the independent news portal SotaVision.

A Russian court placed the journalist under house arrest. At the beginning of October, her ex-husband reported that she ran away and took her 11-year-old daughter with her, for which the police issued a “search and arrest” order.

In this way, the Cheriomushkinski District Court in the country’s capital, Moscow, decided on Monday that the daughter should live with her father, thus restricting custody of the journalist, while ordering her to pay her alimony, according to the Meduza news portal. .

They persecute me for telling the truth.

The journalist confirmed on several occasions that the precautionary measure imposed on her is illegal, and that is why she refused to comply with it. Ovsiannikova has already been fined in the past for her actions, which are allegedly inconsistent with the Russian military.

She insisted on her Telegram account in October that “they are stalking me because I told the truth”, where she said that since “the state refuses to comply with its laws”, she will not abide by the house arrest order either.

Ovsyannikova, who worked for Channel One, halted broadcasts on March 14 by raising a banner in protest of the invasion, despite the Kremlin’s ban on journalists speaking about “war” in what Russian authorities called a “special operation” in the neighboring country. For this, she was sentenced to a fine of 30 thousand rubles (255 euros) for “organizing a public event without permission.”