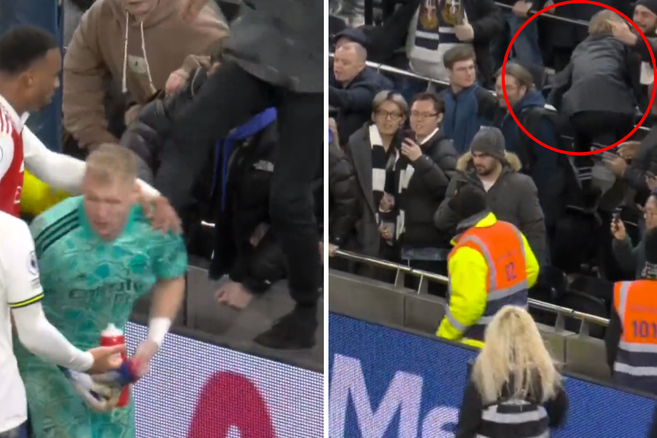 Arsenal took the London derby in a fun wayBut he could not avoid what was formed at the end of the meeting. With the game already over, a Tottenham fan descended from the stands to pitch height to stand on the billboards and hit goalkeeper Aaron “The Gunner” Ramsdale with a kick.

The whole brawl started between the goalkeeper and Richarlison, they share a few words in the final moments of the crossover. after the final whistle, The conversation escalated and the Brazilian forward dropped his arm towards Ramsdal’s face.

The spark of hostilities

This and local fan performance They unleashed a brawl in which both teams were fully involved. The crowd clash continued until several minutes after the final whistle, although it was not great.