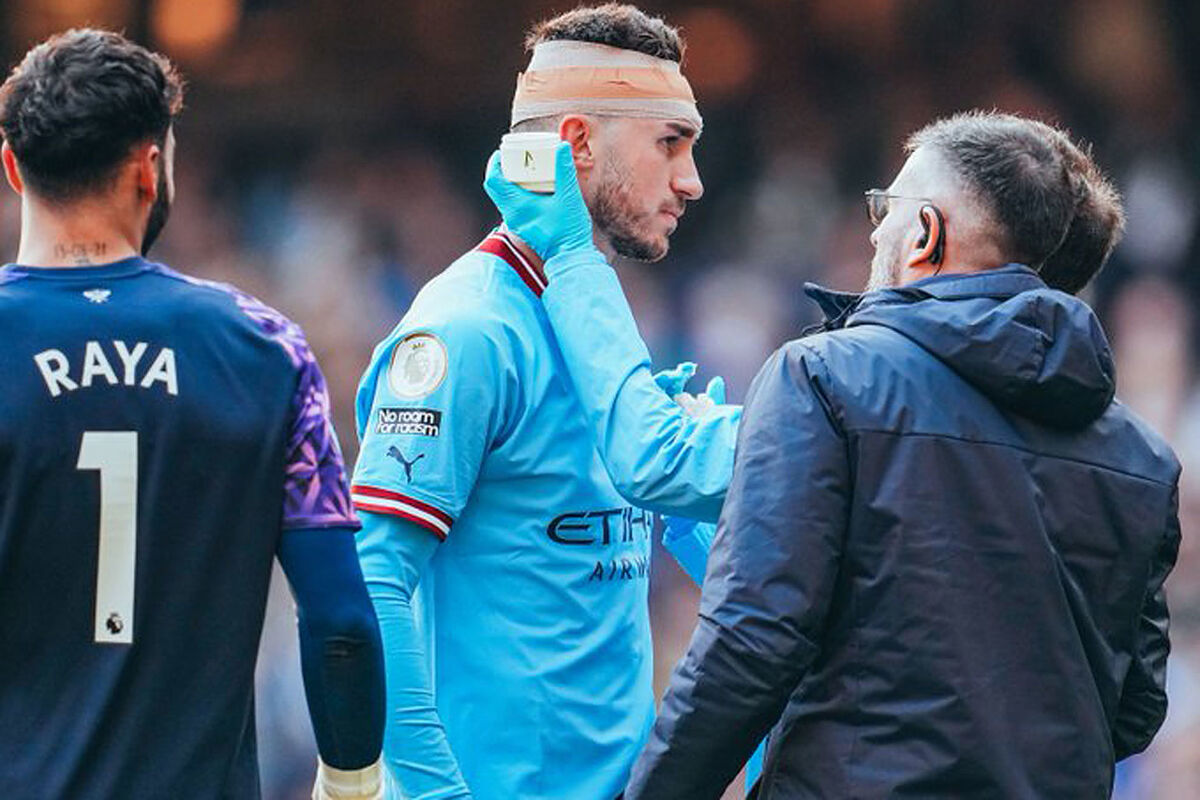 Aymeric Laporte, Spanish-French central defender called up by Luis Enrique With the Spanish national team for the World Cup Qatar, he sustained a forehead injury and a severe blow to the head during the match he played with Manchester City against Brentford, at the Etihad Stadium.

Laporte suffered a cut when he attempted a header in the Brentford area And hit Ben Mai elbow in the 49th minute of the match. He was treated on the field of play for six minutes and rough stitches were applied to the gap and a heavy bandage was put back on the field of play.