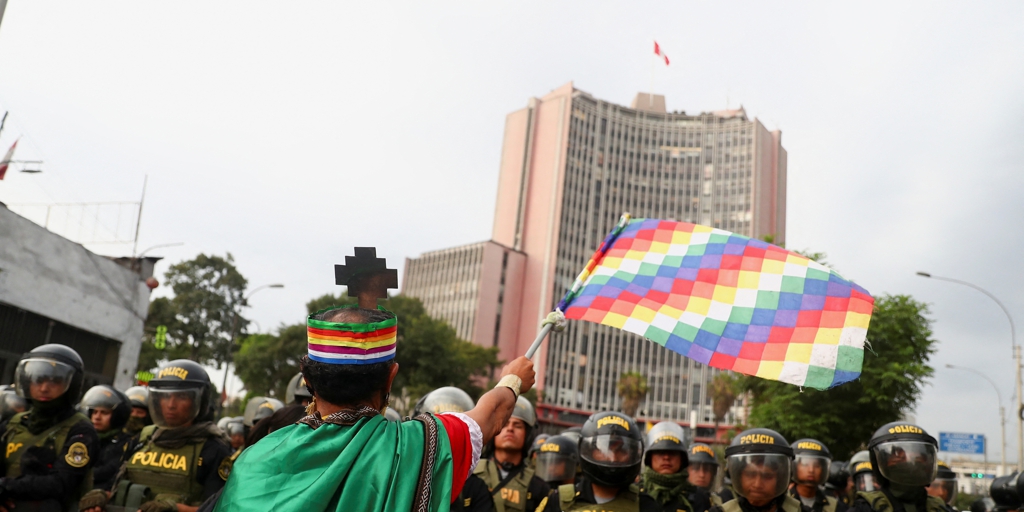 A police operation arrested 205 people this Saturday at the University of San Marcos, Dean of America, which hosts Bono organizations that have come to the Lima rally since last week. The agents entered the sanctuary with tanks and motorcycles. Before being transported by bus, the detainees were handcuffed on the ground. Congresswoman Susil Paredes told ABC:I was a student at San Marcos, and since the 80s there has not been such outrage. They entered the university dormitory, the rooms of female students who had nothing to do with the protesters.

They were threatened, taken from their rooms while they were sleeping, and arrested. They did not let me in as a member of Congress and a lawyer to check what is happening, and since the Office of the Prosecutor for Crime Prevention has not been present since the start of the process, everything is flawed. By bringing forward the date of the next legislative session to February to start the transitional phase, with elections to be held at the end of 2023.

Meanwhile, protests continued in Puno. Two more people died on Saturday of gunshot wounds. The riots left 60 dead, 580 injured, and half a thousand arrested. Former Attorney General Cesar Azabach told ABC that “what happened in San Marcos is more than a police intervention without the presence of the Attorney General’s Office. It is a sign of the aggressive capacity that the security forces have accumulated.”