“NGO boats are not in line with international law” 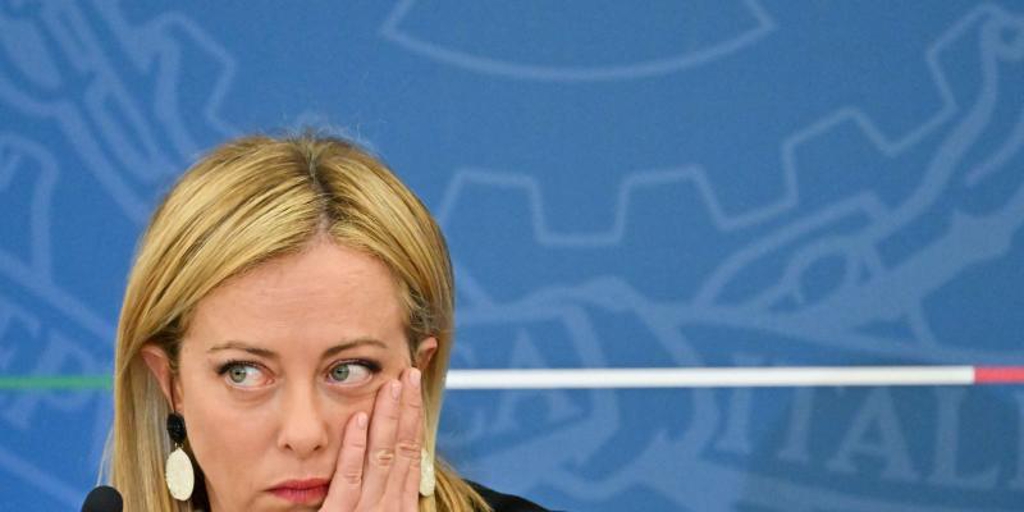 After her tough stand-off with the French government over immigration, the Prime Minister, Giorgia Meloni, responded with a joint letter from the interior ministers of Italy, Greece, Malta and Cyprus, that is, “the countries that entered Europe for the first time, via the central and Cypriot route of the eastern Mediterranean, who bear The greatest burden is managing migration flows in the Mediterranean, in full compliance with all international obligations and EU standards.” “We have always strongly supported the need to develop a new European policy on immigration and asylum, truly inspired by the principles of solidarity and responsibility, which are shared equally among all member states,” reads the joint declaration of the EU interior ministers. Four countries are calling for an emergency EU summit on migration, at ministerial level, which could be held at the end of November.

The joint memorandum from the interior ministers of the four mentioned countries comes the day after 230 migrants disembarked on the Ocean Viking ship of the non-governmental organization SOS Méditerranée in Toulon, after Italy refused permission to dock at one of its ports, which originally arose from the confrontation between Rome and Paris. On Thursday, the French government announced the “immediate” suspension of the planned reception of 3,500 refugees currently in Italy. In addition, also in protest of Rome’s refusal to authorize the landing of the Ocean Vikings, Interior Minister Gerald Darmanin asked “all other countries participating” in the European Migrant Resettlement Mechanism, “particularly Germany”, to suspend refugee reception for the time being. In Italy. On Friday, Prime Minister Georgia Meloni was clear in his address to Macron and EU leaders: “Instead of isolating Italy, it would be better to isolate people smugglers.”

The letter of the four interior ministers leaves no doubt about the way the NGO boats will operate. “We cannot support the idea that countries of first entry are the only possible European disembarkation points for illegal immigrants, especially when this occurs in an uncoordinated manner on the basis of a choice made by private vessels, which operate completely independently of the competent state authorities.” We reiterate our position – The common message continues – from the fact that the modus operandi of these special ships is not in keeping with the spirit of the international legal framework on search and rescue operations. Each state must effectively exercise jurisdiction and control over ships flying its flag.

Disappointment with the distribution of immigrants

The interior ministers of Italy, Greece, Malta and Cyprus have expressed their disappointment with the European distribution of migrants. “On June 10 we approved a political declaration establishing a mechanism for temporary and voluntary resettlement, despite the fact that the Mediterranean countries (Spain, Italy, Greece, Malta and Cyprus) endorsed the mandatory resettlement scheme – for the four ministers -. Unfortunately, the number of relocation commitments made by participating Member States represents only a very small part of the actual number of irregular arrivals we have received so far this year. Moreover, to date, the Mechanism has been slow to achieve its stated goal of relieving us all, as frontline Member States, consistently, with only a few deportations having been carried out thus far. All of this is “unfortunate and disappointing, especially at this time when our countries are increasingly facing migration pressures that put our asylum and reception system to the test,” the joint letter read.

The joint declaration of the four interior ministers of Italy, Greece, Malta and Cyprus concluded that the EU must urgently embark on a serious discussion: “With full respect for the jurisdiction of coastal states under international law, we believe it is a serious and urgent debate on how to better coordinate these processes in Mediterranean Sea, as well as ensuring that all private ships respect international conventions and other applicable regulations.

The immigration problem has once again become one of the priorities of the new Italian government, after CEO Mario Draghi moved into the background. Giorgia Meloni stated that Italy is the European country that receives the largest number of illegal immigrants, because so far this year more than 90,000 have arrived on Italian shores. But several thousand use Italy as a transit country, and then choose Germany, France or the Nordic countries as their final destination. According to IOM data, from January 1, 2022 to November 11, 90,297 landed in Italy, while 26,341 landed in Spain; in Greece: 7,684; And in Cyprus 13474.

By observing the data on asylum applications, published by La Repubblica, Italy ranks only fourth, according to Eurostat figures for 2021. Specifically, it received 45,200 asylum applications, less than half of France, which received 103,800, only surpassed by Germany with 148,000. The data, updated to the first five months of 2022, confirms the upward trend (300,000 applications, +85%) and increases the difference between Italy (53,640 applications) and France (120685), while Germany has already received 190545 asylum applications and Spain more than 65000.