Iran sentences three other protesters to death over the protests 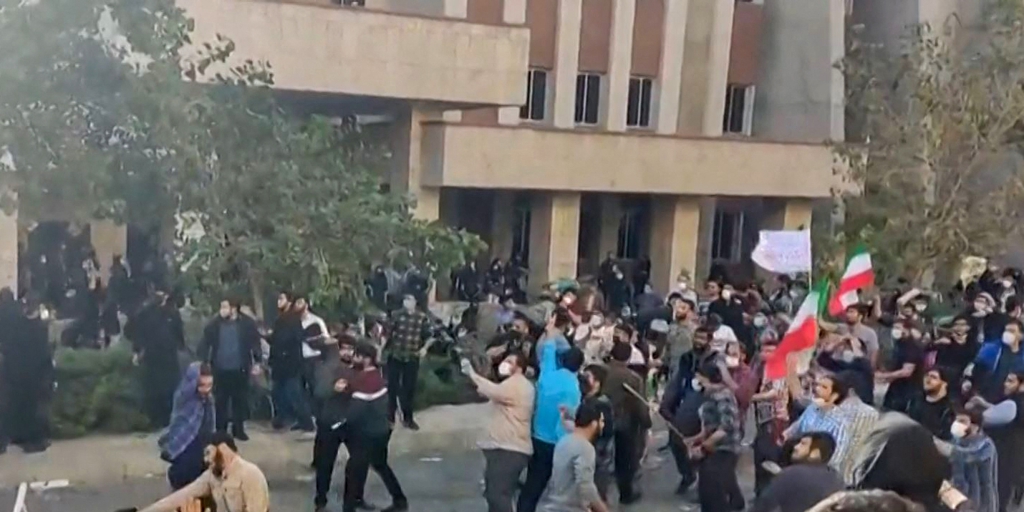 Two months have passed since Iran turned into a powder keg, as the streets of the most important cities were filled with protests and shouts against the regime of Ayatollah Ali Khamenei. The demands of the demonstrators are clear: they want the end of the regime and on the banners and shouts they make clear: “Death to the dictator.” It all exploded on September 16th. The death of Kurdish girl Masha Amini while in the custody of the morale police for allegedly violating the country’s hijab law – not wearing the headscarf properly – has sent thousands onto the streets. Thousands of people have been imprisoned and the death toll has reached 300, according to human rights organizations. After 60 days of protests have passed, Iranian courts have handed down three more death sentences over demonstration-related violence, according to the judiciary, bringing the total number of sentences handed down in three days to five. Related news Norm Iran does not become a powder keg of bloody protests Carlotta Perez Norm Iran does not dictate The first death sentence against a demonstrator who participated in the protests against the Ayatollah regime Carlota Perez The first death sentence against a demonstrator for his participation in the protests was known this Sunday. The defendant, whose data has not been disclosed, is accused of the crimes of “burning a government building, disturbing public order, gathering, and conspiring to commit a crime against national security,” as well as being “the enemy of God and corruption.” On the ground.” Of the three people sentenced on Wednesday, one rammed his car into police, killing one. A second wounded a security guard with a knife, and a third tried to obstruct traffic and “sow terror,” according to the indictments. More than 15,000 detainees are Iranian police It has not been repressed when it comes to using violence to stop the protests.More than 15,000 people, according to the United Nations, are in detention and about 20, according to the Iranian Human Rights Organization, are on death row.Among them are dozens of activists, journalists and lawyers, whose arrest sparked mass protests abroad. “People are tired of 40 years of lies and humiliation,” says an exiled Iranian, who prefers to remain anonymous because of the reprisals against his family. “This time the people will destroy the foundations of the oppressive regime.” Going backwards.Only by continuing the protests will they achieve their goals whatever the cost.Iranian officials have stated that the average age of detainees is 15.Something the authorities did not take into account when responding with violence to these riots and used the same tactic they use against the mind Gain: shooting and bludgeoning some to death; Others are arrested and placed in adult prisons. The Islamic Republic unleashes its anger on the youth on a scale not seen during other protests. Amnesty International counted 33 killings of minors, although the numbers are likely to be higher. Lawyers and human rights activists estimate that between 500 and 1,000 are being held without knowing how many are being held in adult prisons. Women and youth at the center of protests Over the past year, the government has tightened control over women’s lives, particularly with regard to the headscarf law. Videos in which the morality police force the law to apply violence went viral on social networks, which sparked a wave of anger and defiance, especially among young people. These are the ones leading the protests with the women. And so it was possible to see in recent days as universities became the center of protests and hundreds of students demonstrated. According to eyewitnesses, security forces attacked a center like Tehran Polytechnic University and arrested several students. In addition, from the beginning, women set the tone for the demonstrations and found creative ways to express their anger at the government, such as a group of women who lost their children during the protests that developed the movement in the streets such as “mourning mothers” and “mothers of peace”, as they demand justice for their children. Despite the violent repression by the security forces, there are no indications that the protests have ended, according to non-governmental organizations that defend human rights. The former Iranian president and leading figure in the reformists, Mohammad Khatani, told various newspapers in the country that “the overthrow (of the regime) is neither possible nor desirable” in Iran. But if the current situation continues, it will lead to “social collapse”, added the man who was the country’s leader between 1997 and 2005. On Tuesday, the UN High Commissioner for Human Rights called for the “immediate” release of thousands. Of the people detained for their participation in the protests, they include activists, journalists, lawyers, and others.