WADESZIGONE NEWS ONE PAGE
HomeSPORTSGuardiola: "Haaland was one of the first to arrive in training and...
SPORTS

Guardiola: “Haaland was one of the first to arrive in training and the last to leave” 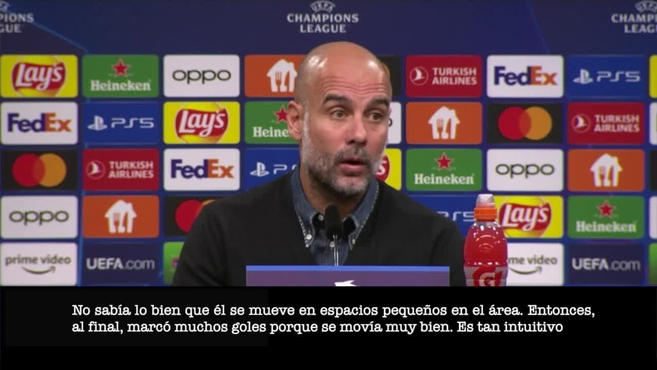 Manchester City face Borussia Dortmund on Tuesday at Signal Iduna Park. In the fifth round of the Champions League, the “nationals” will seek to secure first place in the group against the locals, who lead by three points. Pep Guardiola passed through the press room To analyze the meeting and team news.

The name that dominates the news of Manchester City is Erling Haaland, And his coach wanted to highlight his striker’s work ethic: “He is very smart. Part of it is his style of work. He is one of the first to arrive, as is Robin (Dias), and the last to leave. Take good care of your body“

Some phrases that recall the sacrifices of other football stars in particular, and sports in general. So far, Haaland’s numbers are scary. The number ‘9’ comes from his two goals last Saturday against Brighton, making him with 17 goals in 11 matches.In the Champions League he is also the leading scorer with 5 goals, Although tied with Lewandowski and Salah.

As it happened two seasons ago, Ilkay Gundogan will return to Signal Iduna Park, Where he starred with Borussia in the Manchester City shirt. Guardiola also had good words for the Germans: “Gundogan was the first player we signed When I became a coach. I’ll never forget him, he’s a great player, always with his feet on the ground… and You can always trust him 100%. He gave us the Premier League.”