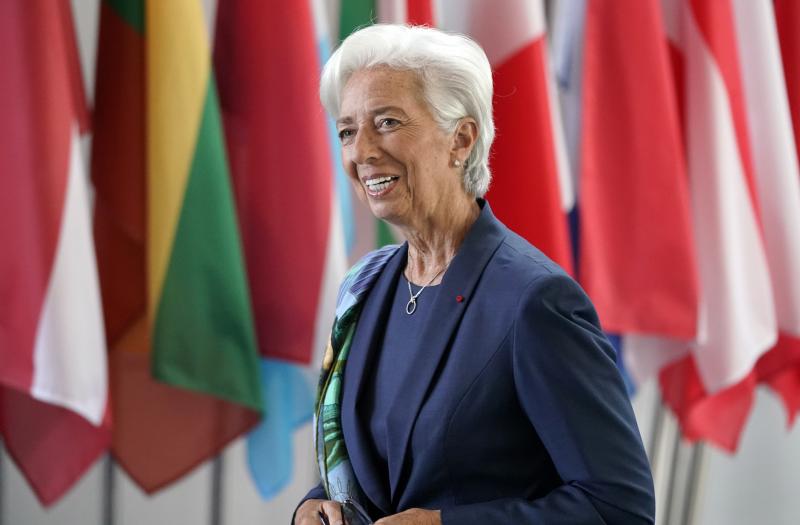 It might be a file European Central Bank (ECB) It raised interest rates by another 0.75 percentage point on Thursday. In fact, the markets have already priced it and interest rates are up early. But the next step for the central bank will be more difficult.

Despite the broad consensus in the board of directors for another significant increase, Spain, Italy and France They are pushing for no more than 0.50 percentage point. “Nearly half of the ECB board members have spoken directly in favor of, or at least sympathized with, a 0.75 point rate hike,” says Michael Schubert, ECB specialist at Commerzbank. But the governments of these three countries have dropped complaints about the effects that punishing increases would have on their economies, like the rest of European countries heading into recession. The European Central Bank is independent and responds only to the votes of Council members, but is unaffected by the government’s concerns, and is in fact the first to warn that a cycle of stagflation will be the most damaging for the eurozone.

Moreover, the ECB has already leaked that it will be the ECB’s chief economist, Philip Lane, who will propose a corresponding rate hike to the committee on Thursday. “In that sense, I would classify an increase of 0.75 percentage point as quite likely,” Schubert says.

Other economists and analysts seem to take a similar view: In a Bloomberg News poll, 41 of 43 respondents expected a 0.75 percentage point rate hike. “There is no doubt that the European Central Bank will raise 75 basis points at Thursday’s meeting. Inflationary pressures are spreading throughout the European economy and expectations of higher prices are entrenched in the decision-making processes of economic agents,” says Head of Global Market Strategy at Natixis IM Solutions, Mabrouk Shatwan, who also cautioned that “although a highly volatile macroeconomic environment justifies the central bank’s approach to each meeting, the ECB will need to clarify its roadmap. Looking ahead to 2023, it will have to choose between keeping a dossier on financial stability Fighting inflation in the context of high risks, especially in terms of economic growth.

Shatwan is counting on the ECB to raise the key refinancing rate to 3% by the end of the year, noting that to do so, it will have to temporarily defer adjusting the size of its balance sheet. “Any quantitative tightening program will have to wait until the first quarter of 2023, once most interest rate adjustments are behind us,” he says. In this context, the main risk is that markets underestimate the importance of identifying European Central Bank Raising official interest rates to those levels, due to the delicate economic situation.

Most analysts expect that the board will decide to implement a rise of 0.75 points

Another problem that the European Central Bank has to face in its monetary policy decision is the weakness of the Euro. Ebury, a global financial technology company specializing in international payments and foreign exchange, explains that any indication of interest rates could have a rise of more than 2% and more strongly in 2023 than markets expect will lead to a sharp rise in the common currency.

By the way, the financial entity practically guarantees another increase of 75 points on Thursday. ‘Less volume rise will be a A severe setback for the marketsbecause they currently take this rise completely for granted,” he says.

Contrary to messages from the governments of Spain, Italy and France, “hawkish messages have been piling up over the past few weeks, causing market prices to exceed the 3% level for the spring of 2023,” notes Gilles Moëc, chief economist at AXA Investment Managers, who sees it as It is possible that the effect of hawks in Government Council Be strong enough to succeed and keep the formula unchanged this week.” As a result, he adds, “the ECB has put itself in a rather delicate position by saying that it makes ‘meet by meeting’ decisions, while in practice giving strong indications about next steps”.