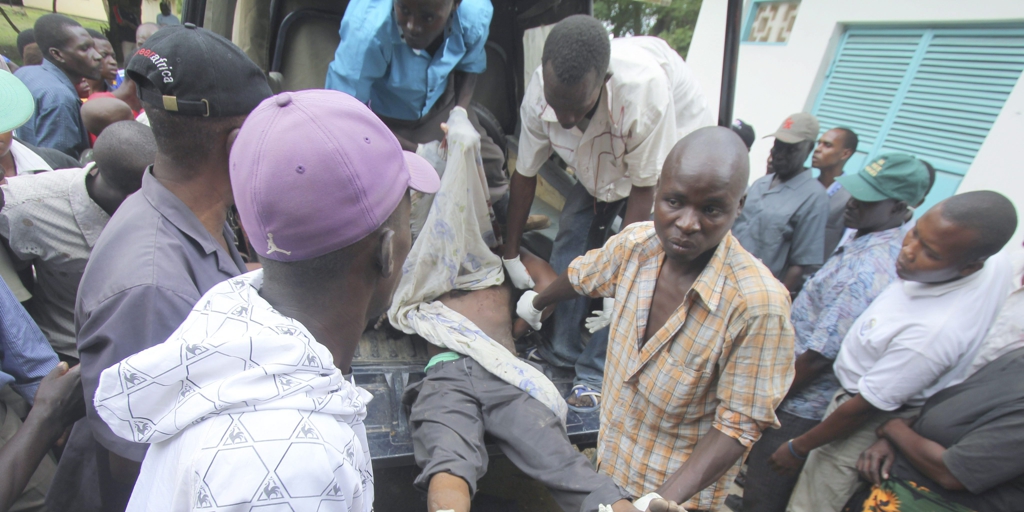 Somali President Hassan Sheikh Mohamud said Sunday that at least 100 people, including children, were killed in a double car bomb attack on a busy street in Mogadishu.

“So far, the death toll has reached 100 and 300 wounded, and the number of dead and wounded continues to rise,” the president said after visiting the site of the attack. Previous tally was nine dead.

The two cars packed with explosives exploded at the busy Zubi junction in Mogadishu, following a gun battle near the Somali Ministry of Education.

The blasts, which occurred on Saturday afternoon, shattered windows of nearby buildings, sending shrapnel and clouds of smoke and dust into the air.

“The ruthless terrorists killed the mothers. “Some died with their children on their backs,” police spokesman Sadiq Dodisha said.

The attack took place at the same junction, where an attack on October 14, 2017, with a truck loaded with explosives, left 512 people dead and 290 wounded.

“This is not good. God willing, they will not be able to carry out another attack,” Mahmoud said, referring to the jihadist group al-Shabab.

Somali authorities usually attribute this type of attack – which was not immediately announced – to Members of the jihadist youth militiaWhich regularly attacks the capital and major cities of Somalia.

The jihadists have been trying for 15 years to overthrow the fragile Somali government, which has international backing.

African Union forces expelled its fighters from the capital in 2011, but the group continues to control swathes of rural land and launch deadly attacks against civilians and military personnel.

According to a witness, Abd al-Rahman Essi, there were many people on the road around the Ministry of Education at the time of the first explosion.

Another witness, Aminu Salad, said, “I saw thick smoke around the ministry and great destruction.”

Last week, Al-Shabab claimed responsibility for an attack on a hotel in the port city of Kismayo, which left nine dead and 47 wounded.

In recent months, these jihadists have increased their activity in Somalia, a very poor country in the Horn of Africa, notably with a stunning 30-hour attack on a Mogadishu hotel in late August.

After this attack, which left 21 dead and 117 wounded, President Hassan Sheikh Mahmoud promised a fatal blow “total war” To eliminate the youth, he urged the population to “stay away” from the Islamist-controlled areas, as they would have become the target of future government attacks.

In addition to the Al-Shabab insurgency, Somalia is also threatened by an impending famine caused by the country’s worst drought in more than 40 years.

Across this country, 7.8 million people — half the population — have been affected by drought, and 213,000 are at risk of major famine, according to the United nations.

Share
Facebook
Twitter
Pinterest
WhatsApp
Previous articleHow high they rise, the “baguilla” and the new contribution to Social Security
Next articleBarcelona Fashion | These are the five trends signed at 080 Barcelona Fashion that will sweep the streets